is one of the outstanding representatives of his field. He received his first piano lessons at the age of five. After attending a special school for music in Berlin, Alpermann studied with Hellmuth Nagel at the Berlin Academy of Music. This was followed by master studies with Walter-Heinz Bernstein and early music luminaries Ton Koopman and Gustav Leonhardt. Since the founding of the ensemble in 1982, Alpermann has been a member and soloist of the Akademie für Alte Musik Berlin, and since 1998, in the same capacity with the Berliner Barock Solisten. Concert tours have taken him to the music centers of Eastern and Western Europe, to Japan and the countries of the Near and Far East. He has performed with renowned orchestras such as the Berlin Philharmonic, the Staatskapelle Dresden and the Concertgebouw Amsterdam and has released various solo concerts on CD. In addition to his extensive concert activities, Raphael Alpermann regularly gives courses in harpsichord and chamber music. 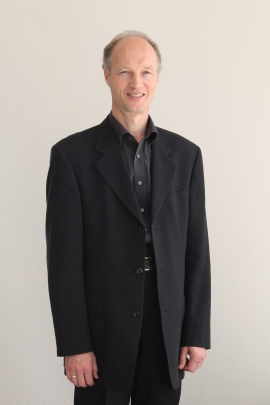